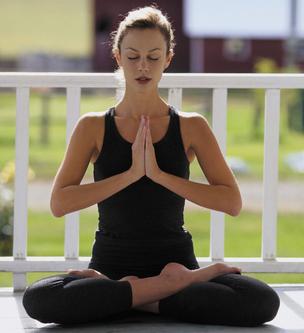 "Pain is inevitable, misery is optional."

2/08 Return on investment on wellness programs: Employers can save $1.65 in healthcare expenses for every $1 spent on a comprehensive employee-wellness/ chiropractic program, according to a study published in the Journal of Occupations and Environmental Medicine (JOEM). Pittsburgh-based health insurer Highmark Inc. conducted a study of its own corporate wellness program, which saved $1.3 million during a 4 year period.

5/07 Chiropractors who serve as primary care providers (PCPs) save patients money and have high patient satisfaction: A study in the 5/07 issue of the Journal of Manipulative and Physiological Therapeutics tracked data from a unique Independent Physicians Association (IPA) where chiropractors serve as first-contact, primary care physicians. The report analyzes data from 2003-2005 and found that patients visiting chiropractors had 60% fewer hospitalizations, 62% fewer surgeries and used 85% fewer pharmaceuticals than HMO patients who received traditional medical care. In addition, patients reported on the quality of care they received through the use of annual patient satisfaction surveys. During the 3 years of data, patients demonstrated a high degree of satisfaction with their care (96%, 94% and 91%, respectively).

3/03 Chiropractic inclusion in Managed care plans saves money: A 4 year study conducted by researchers from the company American Specialty Health Plans, Inc. reviewed the health care utilization of 1.7 million people enrolled in a California managed-care plan. Approximately 1 million of the people had chiropractic coverage while the other 700,000 did not. The results showed that the total health care costs for people in the plans with chiropractic coverage were 12% lower than those without chiropractic coverage. The cost of treating people with low back pain was 28% lower in the group with chiropractic coverage. Chiropractic care reduced hospitalizations among back pain patients by 41% and reduced back surgeries by 32%. Chiropractic care reduced the cost of medical imaging by 37%. These results were reported in papers presented at the Research Agenda Conference held in March 2003 and were published in the October 2004 issue of the American Medical Association's Archives of Internal Medicine.

10/05 Chiropractic is effective for chronic back pain: A group of chronic low back pain patients who underwent chiropractic treatment showed higher pain relief and satisfaction with the care and lower disability scores than a group that underwent medical care. Journal of Manipulative and Physiological Therapeutics http://www.jmptonline.org/article/S0161-4754(05)00227-7/abstract.

Neck adjustments provide relief for chronic headaches. The Journal of Chiropractic published a pilot study by Wittingham in 1994 in which 26 patients with headaches participated. Each patient received neck adjustments over a 2 week period. All but 2 of the patients experienced significant improvement in headache frequency, duration and severity. The overall duration of headaches decreased by 77%, the overall score for severity showed a 60% improvement in perceived pain, and the frequency of the headache also improved by 62%.

Chiropractic adjustments have been shown to have a significant effect on the function of the immune system. In fact, the World Chiropractic Alliance lists over 100 references which highlight the positive relationship between chiropractic care and immune function. According to the research, those who have regular chiropractic care will tend to experience fewer acute ailments (colds, flu, etc.) and less chronic illness (allergies, asthma, eczema, etc.) http://www.worldchiropracticalliance.org/news/immunityreferences.htm

A single chiropractic adjustment reduces inflammatory cytokines in asymptomatic people. The January 2006 issue of the Journal of Manipulative and Physiologic Therapeutics published a research study that demonstrated that a single chiropractic adjustment in the thoracic spine reduces the inflammatory cytokines TNF-alpha (tumor necrosis factor alpha) and IL-1beta (interleukin- 1beta). 64 asymptomatic patients were assigned to 3 groups: chiropractic adjustment, sham adjustment, or control group. Blood and serum samples were obtained before and at 20 and 120 minutes after treatment. Whole blood cultures were activated with lipopolysaccharide. A significant proportion of the sham and control group participants demonstrated progressive increases in the synthesis of TNF- alpha and IL-1beta. Conversely, in the group that received a chiropractic adjustment, the production of both cytokines decreased gradually. Note: TNF- alpha is associated with rheumatoid arthritis, ankylosing spondylitis, Crohn's disease, psoriasis and asthma. It has also been implicated in cancer. IL-1beta leads to chronic pain.

Vertebral Alignment involved in allergic diseases like eczema & asthma. Japanese researchers published this research in 2004 in the Internet Journal of Orthopedic Surgery. They worked with over 2700 patients who had either bronchial asthma or atopic dermatitis. It was noted that the majority of these patients had misalignments in lower thoracic spine. In addition, the muscular system that supports and maintains the spine was in noticeably poor condition in atopic dermatitis and bronchial asthma patients alike. Among the atopic dermatitis patients that received frequent spinal correction treatments for 3-6 months, 88% showed improvement in skin itching and 72% showed improvement in overall skin condition. Among the asthma patients, 86% showed improvement in symptoms. In addition, the most significant asthma improvements were made in kids ages 6-20, with 92% of them showing symptom improvement!

Polymorphonuclear neutrophils and monocytes demonstrate increased functional activity after chiropractic adjustments. In the 1991, the Journal of Manipulative and Physiologic Therapeutics published a study in which the participants were divided into three groups. They either received chiropractic adjustments to the thoracic spine, had a sham adjustment (light force with no joint release), or had soft tissue manipulation (light massage). Blood was drawn before and after their treatments and it was found that the people in the group receiving chiropractic adjustments showed increased functional activity of polymorphonuclear neutrophils and monocytes, whereas the people in the other two groups did not demonstrate this increased immune activity. Note: Polymorphonuclear neutrophils are phagocytic white blood cells. Monocytes are also phagocytic and are involved in the process that activates lymphocytes to produce antibodies when non-self proteins are present.

Regular chiropractic care is beneficial in maintaining functional improvements. 30 people who were suffering from long term back problems were divided into two groups. The first group received intensive chiropractic care for one month, followed by a reduced schedule ("maintenance care") of once every three weeks for 9 months after the initial intensive care. The second group received nothing for the first month, to establish a baseline, then one month of initial intensive care. They did not receive any care after this month of intensive care. The two groups were evaluated with the Oswestry Disability Index, a scientifically designed questionnaire used to measure a person's function as related to their daily activities. It was found that both groups maintained their pain reduction after the study was completed, regardless of whether or not they had the maintenance care. However, the patients in the group that received maintenance care were able to maintain the functional improvement they made during the initial care and the patients who did not receive maintenance care returned to the same levels of functional impairment that they were experiencing prior to the initial chiropractic care. These results were published in the October 2004 issue of the Journal of Manipulative and Physiological Therapeutics.

1/03 Chiropractic Care for Kids with Low Back Pain: A study of lower back pain in children was published in the January 2003 issue of the Journal of Manipulative and Physiological Therapeutics. The authors noted that about 50% of children suffer from lower back pain at one time or another and about 15% of children experience frequent or continual pain. In a period of 30 days, 82% of the children in the study, ages 4-18, who received chiropractic care reported they were "much improved".

Chiropractic adjustments have a positive effect on children with acute ear infections. The Journal of Vertebral Subluxation Research 2004 published a study that looked at 21 children with acute otitis media (ear infection). All of the children had acute inflammation in the inner ear with a red and bulging tympanic membrane (ear drum) accompanied by an increased average oral temperature of over 100 degrees F. After the chiropractic adjustments, the red and bulging tympanic membrane returned to normal in 95% of the children and a decrease in average oral temperature to 98.6 degrees F.

Parents report improvement of colic symptoms when their babies received chiropractic care. A study of 316 infants suffering from infantile colic showed positive results with chiropractic care in 94% of the cases. The results occurred within 2 weeks and after an average of 3 visits.

Babies can have suboccipital strain (neck) from the birth process alone. A. Towbin recognized and published in 1969 that forceful traction during childbirth causes brainstem bleeding and is associated with SIDS. In addition, he states that respiratory depression in the newborn is a commonly overlooked sign of cervical (neck) injury. In addition, Manual Medicine 1992 published a study by Biedermann in which 600 babies were treated for suboccipital (upper neck) strain. The main symptoms included torticollis, fever of unknown origin, loss of appetite, swelling of one side of the facial soft tissues, asymmetric development of skull, crying when the mother tried to change the child's position, and extreme sensitivity of the neck when touched. Most patients required one to three adjustments before returning to normal.

Upper cervical adjustments to infants may reduce SIDS risk. A study was published in Forensic Science International 2002 in which 695 infants between 1 - 12 months of age were given upper cervical (neck) chiropractic adjustments if they exhibited posture & motion disturbances in the upper neck. In addition, the infants' heart rates were monitored before, during, and after the adjustment. A notable change in the heart rate (bradycardia) was evident in 47% of all examined infants compared to control conditions. The authors believe that since SIDS may be caused by bradycardia apnea, and bradycardia apnea can be caused by irritations to the upper cervical spine, children with a disturbed symmetry of the upper neck could be of higher risk for SIDS and should be evaluated for chiropractic adjustments.

Chiropractic care during pregnancy reduces labor time. Joan Fallon, DC, found a 36% reduction of labor time in first time mothers and a 42% reduction in women with 1+ other children. 1991.

A group of researchers in Australia recently found that chiropractic adjustments lead to a dramatic decrease in cortisol levels. Cortisol is a hormone produced in the adrenal glands in response to stress. With chronic stress, cortisol contributes to a weakened immune system, increased fat storage, fatigue, high blood pressure, and a whole host of undesirable side effects. Chronic stress has been implicated by health experts as an underlying factor in up to 90% of all doctor visits and can contribute to cardiovascular disease (atherosclerosis, heart attack, stroke), osteoporosis, asthma, diabetes, depression, ulcers, ulcerative colitis, and the progression of Alzheimer's disease.

Decrease in blood pressure in patients with hypertension. A 1988 study in the Journal of Manipulative and Physiological Therapeutics looked at 21 hypertensive patients. They received chiropractic adjustments in the T1-T5 area of the spine. Systolic and diastolic blood pressure readings decreased significantly in the group receiving real chiropractic adjustments, but not in the placebo or control groups.

Chiropractic adjustments affect the autonomic nervous system. The September 2000 issue of the Journal of Manipulative and Physiological Therapeutics published a study in which researchers measured the change in "Edge Light Pupil Cycle Time" (one of the light reflexes of the eye) in response to chiropractic adjustments. The results showed a decrease in ELPCT which demonstrates the direct link between a chiropractic adjustment and a response in the Automonic Nervous System. The ELPCT reflex is controlled by the Autonomic Nervous System, which is that part of the nervous system responsible for the control and function of internal body organs.

Elderly patients derive quality of life benefits from chiropractic care. A study conducted by the Foundation for Chiropractic Education and Research found that elderly chiropractic patients report better overall health, have fewer chronic conditions, spend fewer days in nursing homes and hospitals, are more mobile in their communities and are less likely to use prescription mediations than non-chiropractic patients.

Chiropractic care shows positive results in the care of individuals with depression. A study published in the Journal of Vertebral Subluxation Research 2005 demonstrated this finding. 15 clinically depressed adults participated in this study. They were given a standardized test known as the Beck Depression Inventory (BDI-II) both before and after receiving chiropractic care. The results showed a significant improvement of the average BDI-II scores of the group. The group as a whole scores a 17 before chiropractic care and averaged an 8 after care (The higher the score, the more severe the depression).